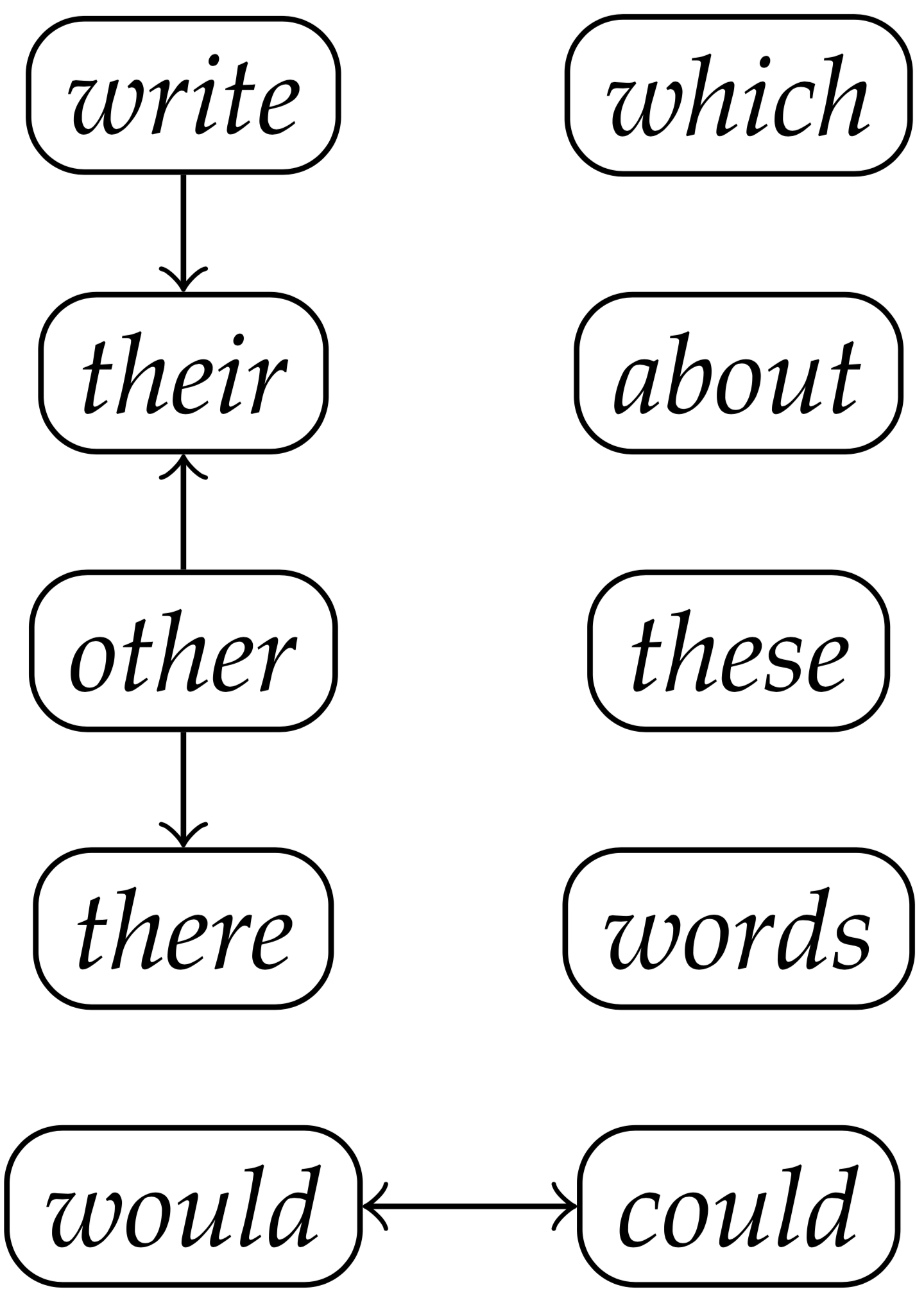 The graph created from the sample input.

The first line contains integers $N$ and $Q$, such that $10 \leq N \leq 50\, 000$ and $1 \leq Q \leq 10$. Then follows $N$ five letter words. This is the word list that defines our graph. After follows $Q$ lines, each containing a query. Each query consists of two space separated words, that both are in the word list. Each word consists of exactly five lowercase letters (a–z).

License: For educational use only